Joseph Kosinski is an American film director known for his stunning, lifelike computer graphics work. He is the director of TRON: Legacy, a sequel to TRON, and was on board to direct a third TRON movie before Disney canceled the project.

Born in Iowa to parents Patricia and John, Kosinski is an alumnus of Columbia Graduate School of Architecture, Planning and Preservation (GSAPP) and is an adjunct assistant professor of architecture focusing on 3D modeling and graphics. He moved to Los Angeles, California, in 2005. His spouse is Kristin Kosinski.[1]

TRON: Legacy was Kosinski's first time directing a feature film. He developed some test footage beforehand both to show the studio how the film would look and to demonstrate the movie's prospective look and feel to the writers. He enjoyed working with Steven Lisberger, to whom he referred as the "Obi-Wan Kenobi" of the TRON universe, with "big, broad ideas about what TRON means."[2]

Jeff Bridges said he "took to [directing] like a duck to water" and created a "great atmosphere, very easy-going."[3]

In 2015, Kosinski was attached to direct a third TRON film. He had previously described his concept for TRON 3 as "the Empire Strikes Back" of the franchise, with a darker tone, picking up directly after the events of TRON: Legacy.[4] However, Disney decided the same year not to move forward with the project.[5]

In 2005, he began to write what would become an unpublished graphic novel called Oblivion for Radical Comics. Walt Disney Pictures acquired the rights, which later moved to Universal Pictures due to the developing film's PG-13 rating. Oblivion was released in 2013.

As-yet-unmade projects to which Kosinski has been attached include remakes of Logan's Run, The Black Hole, Archangels, The Twilight Zone, and an adaptation of the video game series Gran Turismo.[6] 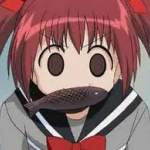